February 19 by The Running Son 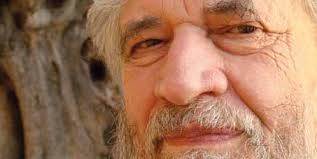 I was born in November 24, 1932. I grew up in musical environment, attended school in Valparaíso and then in Santiago, and graduated as a Medical Doctor in 1959. After an early start at the piano, I studied musical composition, but stopped composing after entrance to medical school, a time when I also became involved in what amounted to an unofficial university. Important influences from this time were the Chilean visionary poet and sculptor Tótila Albert, poet David Rosenman Taub, and the Polish Philosopher Bogumil Jasinowski.

After receiving my MD I was hired by University of Chile Medical School to be part of the pioneering Center for Studies in Medical Anthropology (CEAM) founded by Franz Hoffman in 1960, while I served at the same time my psychiatry residency at University Psychiatric Clinic, then under the direction of Ignacio Matte-Blanco, and underwent a didactic analysis at the Chilean Institute for

After some time involved in research concerning the dehumanizing effects of traditional medical education, I briefly traveled to the U.S. with a mission assigned by the U of Chile to explore the field of perceptual learning, and became acquainted with the work of Dr. Samuel Renshaw and with that of Hoyt Sherman – both of them interested in the perception of wholes, and both of them at the Ohio State U. in Columbus.

Later I was at Harvard, as a Fulbright visiting scholar engaged on studies on values – and alternated there between the Center for Studies of Personality (which was mostly staffed by the intellectual inheritors of Henry Murray, and was then under the direction of David McClelland) and Emerson Hall, at the Social Relations Department – where I was a participant in Gordon Allport’s Social Psychology Seminar and a student of Tillich. After ending the academic season there I spent time with Raymond Cattell at the University of Illinois and became Dr. Cattell’s associate in his private enterprise – IPAT, the Institute of Personality and Ability Testing.

Later, an invitation to learn through participation in the activities of the Center for Personality Assessment Research (also an enclave of the Murray culture) I came to Berkeley, fell in love with it and had occasion so soak in the atmosphere of the counterculture.

A fellowship of the Guggenheim Foundation allowed me to return to Berkeley after a year in my home country and University – to spend a year and a half there to pursue my studies in values and, more importantly, to grow and learn while spending most of my time at the Institute of Personality Assessment and Research (IPAR), where I was welcomed as a Research Associate with precious campus privileges than included computing facilities and access to the Library.

Soon, I had the opportunity of becoming Carlos Castaneda’s closest friend, of becoming Fritz Perls apprentice, and of becoming part of the early Esalen community. I also attended sensory awareness workshops with Charlotte Selver. and became part of the meetings of Leo Zeff’s pioneering psychedelic therapy group, meeting every two months – to which I later would successively contribute the use of harmaline, MDA, and ibogaine.

Such was the background antecedent to the work that I undertook when I returned to Chile, in 1977, where I sought to create a program including some of the disciplines that Esalen sponsored without attempting to integrate -since various brief workshops were attended then mostly by different people, while in Chile – an Esalen-in-Chile program mentioned at the time in the Esalen Catalogue – a single stable group of students were to be exposed to an integrative curriculum.

The time of my return to Chile was also that of conducting research in psychopharmacology – as an associate with Shulgin and Sargent – as well as beginning my explorations into individual psychedelic therapy and in psychedelic group therapy. Also, this was the time when I briefly traveled to attend two pioneering conferences: the University of California LSD Conference of 1967 (where I presented my research on ibogaine-assisted psychotherapy) and a conference sponsored by the Karolinska Institute under the title of “Ethnopharmacological Search for Psychoactive Drugs”.

After some time working at the University of Chile Medical School’s Centro de Estudios de Antropologia Médica and at the Instituto de Psicología Aplicada, I returned to Berkeley as an immigrant, and to IPAR, where I continued my activities a Research Associate and also began conducting workshops at Esalen Institute, (where I was regarded a “visiting associate”, and eventually become one of Fritz Perls’ three successors (along with Jack Downing and Robert Hall) when he migrated to Canada. Also, I made occasional trips to LA where I visited Jim Simkin and received from him additional training and supervision.

In 1969 I was privileged to become a consultant for the Education Policy Research Center, created by Willis Harman at SRI. I was given the assignment of reporting as to what in the domain of psychological and spiritual techniques in vogue was applicable to education, and my report was published as an SRI monograph entitled The Unfoldment of Man. Later, it became my first book, The One Quest. This was also a time when I put in writing some of my experiences in Psychedelic therapy (later published as The Healing Journey), accepted Dr. Robert Ornstein’s invitation to co-author a book on meditation, and that of Dr. Ravenna Helson to engage in a qualitative examination of the differences between books representative of the “Matriarchal” and “Patriarchal” factors discovered by her at first in her research on mathematicians and then in the works of authors writing fiction for Children. This lead to my book The Divine Child and the Hero – that would be published at a much later time.

The accidental death of my only son on the eve of Easter of 1970 seemed to put a full stop to a stage of my life. The next stage began with a pilgrimage under the guidance of a spiritual teacher called Oscar Ichazo and a spiritual retreat that culminated in “a pilgrimage within a pilgrimage”, a period of isolation in the desert near Arica, at the northern end of Chile, that turned out to be for me the true beginning of spiritual experience, contemplative life and inner guidance.

After leaving Arica at the end of 1970 – after 6 months – I began teaching a group that included my mother, former gestalt trainees and friends – and this Chilean group gave me the experience andconfidence necessary to launch my later work in Berkeley – beginning on Sept 1971. This began as an improvisation and became a program and originated a non-profit corporation called SAT Institute, after which I mostly involved in it as a process designer and supervisor of an activity implemented by my students and a series of guest teachers: Zalman Schachter, Dhiravamsa, Ch’u Fang Chu, Sri Harish Johari and Bob Hoffman.

In 1976 I was a visiting professor at the Santa Cruz Campus of U.C. for two semesters, and later, intermittently, at the California Institute of Asian Studies (now CIIS), and I began to offer workshops in Europe, refining in this way aspects of the mosaic of approaches in the SAT program – Gestalt therapy and its supervision, applications of the Enneagram to personality, interpersonal meditation, music as a therapeutic resource and as an extension of meditation, guided self-insight and communication processes – until I brought the parts into a whole again and in the company of new collaborators in 1987, when SAT was reborn in Spain under the name of “SAT in Babia” – a program for personal and professional development. Since then, the program has extended to Italy, Brazil and Mexico with great success, and I have divided each year’s agenda between these activities abroad and my writing, at home in Berkeley.

Since the late eighties I have revised completed an early book on Gestalt therapy and published two new ones, published three Enneagram related books and also The End of Patriarchy, on the interpretation of social problems as the expression of a de-valuation of nurturance and instinct and of their solution in the harmonious development of our “three brained” potential; I also published a new book on meditation; The Way of Silence and the Talking Cure; and Songs of Enlightenment, on the interpretation of the great books of the West as expressions of “the inner journey” and variations on the “tale of the hero”.

Since the late nineties I have attended many Education conferences and sought to influence the transformation of the educational system in various countries – out of a conviction that nothing is more hopeful in terms of social evolution than the collective furthering of individual wisdom, compassion and freedom. My book Changing Education to Change the World, published in Spanish this year, is meant to stimulate the efforts of teachers among SAT graduates who are beginning to be involved in a SAT-in- Education project, that offers the staff of schools and the students in schools of education a “supplementary curriculum” of self-knowledge, relationship-repair and spiritual culture.