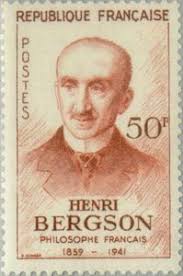 The Two Sources of Morality and Religion

After distinguishing between “Static Religion” and “Closed Morality” on one hand, and “Dynamic Religion” and “Open Morality” on the other, this French philosopher (1859-1941) concluded that the love experienced in “complete mystical consciousness” expresses itself as an impetus for constructive social change and continuing advances in the evolution of humanity.

True mystics simply open their souls to the oncoming wave. Sure of themselves, because they feel within them something better than ourselves, they prove to be great men of action, to the surprise of those for whom mysticism is nothing but visions, and raptures and ecstasies. That which they have allowed to flow into them is a stream flowing down and seeking through them to reach their fellow-men; the necessity to spread around them what they have received affects them like an onslaught of love. (p. 99)

Even in the mysticism which went only as far as ecstasy, that is to say contemplation, a certain line of action was foreshadowed. Hardly had these mystics come back from Heaven to earth, when they felt it incumbent on them to teach mankind. They had to tell all men that the world perceived by the eyes of the body is doubtless real, but that there is something else, and that this something is no mere possibility or probability, like the conclusion of an argument, but the certainty of a thing experienced: here is one who has seen, who has touched, one who knows. And yet these were but the tentative beginnings of an apostolate. The enterprise was indeed discouraging: how could the conviction derived from an experience be handed down by speech? And, above all, how could the inexpressible be expressed? But these questions do not even present themselves to the great mystic. He has felt truth flowing into his soul from its fountainhead like an active force. He can no more help spreading it abroad than the sun can help diffusing its light. Only, it is not by mere words that he will spread it.

For the love which consumes him is no longer simply the love of man for God, it is the love of God for all men. Through God, in the strength of God, he loves all mankind with a divine love… Coinciding with God’s love for His handiwork, a love which has been the source of everything, it would yield up, to anyone who knew how to question it, the secret of creation… What it wants to do, with God’s help, is to complete the creation of the human species… (pp. 233-234)

Joy indeed would be that simplicity of life diffused throughout the world by an ever-spreading mystic intuition; joy, too, that which would automatically follow a vision of the life beyond attained through the furtherance of scientific experiment… Mankind lies groaning, half crushed beneath the weight of its own progress. Men do not sufficiently realize that their future is in their own hands. Theirs is the task of determining first of all whether they want to go on living or not. Theirs the responsibility, then for deciding if they want merely to live, or intend to make just the extra effort required for fulfilling, even on their refractory planet, the essential function of the universe, which is a machine for the making of gods. (p. 317)