When Yogi Amrit Desai began teaching yoga in the United States 46 years ago, hardly any Americans had heard of the eastern exercises for body and mind.

“There was no awareness whatsoever,” said Yogi Desai, who will lead a seminar in Toledo Wednesday night. “I started teaching in 1960 and by 1970 I had the largest yoga center in the United States.”

His Amrit Yoga Institute, based in Salt Springs, Fla., is no longer the largest in the nation, he added, but he has taught more than 3,000 yoga instructors who are now teaching his system in 33 nations.

The 74-year-old American yoga pioneer said in a phone interview this week that in his four-plus decades of teaching, he has learned to focus on the spiritual side of yoga in addition to its mental and physical benefits.

It is what sets apart the system he has developed, which he calls Kripalu Yoga: Meditation in Motion.

“I call it awareness focus,” Yogi Desai said. “It is an added dimension that takes the practice of yoga to a whole new level. It allows a new dimension, no matter what system of yoga you practice.”

He said that people of all ages and all religious traditions can practice Meditation in Motion and find a sense of peace because it is a universal system that works for all people. 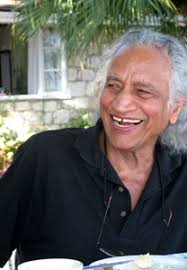 “It is not religious, but it is spiritual,” he said. “When you practice with this new dimension, this new depth that I have introduced, it helps you to deal with emotional agitation. It brings you peace of mind along with physical relaxation. It gives you intuitive insight into things. You can be very creative in facing any challenges in life you encounter.”

Yogi Desai, a native of Gujarat State in India, came to the United States in 1960 to study at the Philadelphia College of Art, but “my heart and soul was in yoga,” he said.

His yoga system requires about 30 to 45 minutes a day to practice and because of its inward focus, the postures and exercises are not as physically demanding as most yoga.

“This yoga is really accessible to everyone,” he said.

The relaxation, meditation, breathing, and posture techniques can bring dramatic results because they balance out Americans’ tendencies toward ever-shorter attention spans, jam-packed daily routines, and the quest for material gain.

“It is a blessing and it is a curse that as we progress more and have more money and more choices and more freedom to get what we want, we have the curse of getting too distracted and losing peace of mind,” Yogi Desai said.

People who push themselves to acquire wealth, making daily sacrifices in search of long-term goals, are conditioning themselves to suffer, he said.

“If you are in the process of destroying your health and your happiness in order to be happy in the future, then you are programming yourself to be miserable because that it what you practiced all along the way to get there.”

Learning to relax, focus, and look to the internal as well as the external can help people see clearly and make better decisions in their personal lives and in their businesses, Yogi Desai said.

“When you connect with the highest part of yoga, all of those things that are below it, they all come into complete alignment and resonance, bringing health of the body and peace of mind.” 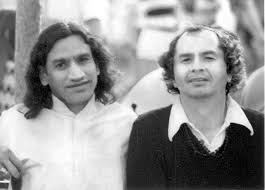 Information is available by calling 419-243-3909 or by sending an e-mail to yogateachers@sbcglobal.net. Information on Yogi Amrit Desai is available online at http://www.amrityoga.org.

Western Mysticism I: The Dark Night of the Soul – by Dr. Tan Kheng Khoo | »
« Sufi services offer chance to learn about religions – 2/1/13 by Megan Quinn, dailycamera.com |