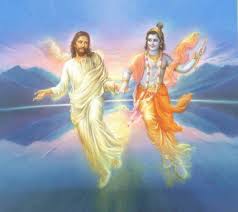 She grew up dancing, and in her 20s decided to look into yoga. She thought it would be good exercise.

And now Gina Kilpela, 36, thinks of yoga as more than a workout — it has become a big part of her spiritual life.

“I really have come to see the mind, body, spirit connection, for me, is very important,” said Kilpela, who lives in Park Hill with her husband and twin 18-month-old boys. She was raised Catholic, in Pittsburgh. She doesn’t attach herself to a specific religious faith anymore.

“I take something the teacher said in class and spend time with it,” she said.

“I think that’s what one does in church, and I’m doing it in a way that has been more comfortable for me, and more honest.”

It’s a familiar story — rookie yoga student gains spiritual enlightenment after hours of yoga poses, or asanas, in a studio — and one that has gathered around it a nest of acrimony and tension.

Last year, the head of The Southern Baptist Theological Seminary — one of the largest seminaries in the world — urged Christians to steer clear of yoga, for fear it might turn them away from their religion. The pastor of a large evangelical church in Seattle, too, warned parishioners against yoga.

“Yoga is demonic,” said Mark Driscoll of Mars Hill Church, according to The Seattle Times.

Meanwhile, other religious scholars are decrying what has happened to yoga in America, lamenting its divorce from Hinduism and calling for a reunion of the physical exercise and the ancient East Indian religion.

“I think it’s a shame” that the Hindu roots of yoga are often opaque, said Sheetal Shah, senior director of the Hindu American Foundation, in New York City. The foundation recently launched a program called “Take Back Yoga” that aims to introduce yoga practitioners to links between the physical practice and Hinduism.

Said Shah: “If you look at the names of some of the poses, those are

names for Hindu gods. Natarajasana (a pose also called “dancer’s pose”) is named for Lord Shiva. There are very overt references to Hindu gods right there in the asanas alone.”

Amid it all, people keep buying yoga mats, signing up for classes, and twisting themselves into poses. Few are participating in debates between religious advocates and yogis. But many are at least aware of the spiritual components of yoga.

Some say just doing the poses invites a unique brand of spirituality, one that comes without texts or dogma.

“To me, it’s very organic,” said Denver yoga teacher Billy Potocnik, a part-owner of the studio Sacred i in Park Hill, and an instructor at Pura Vida Fitness and Spa in Cherry Creek. “When you are dying on the mat, you are waking up more. You are getting into the fibers of now. Can you feel lucky to be alive right now? If you can feel that connection, if you can stay open and find that gratitude, that is a happy life.”

Potocnik incorporates spirituality, but not religious dogma, into his classes, which attract crowds.

One of his students, Jason Shimkos, 35, a former Michigan State baseball player who works as a money manager in Denver, said practicing yoga has helped him better understand spirituality. As a “recovering athlete,” as he puts it, he identifies with physical pursuits. And yoga, with its initial emphasis on the body, helped him explore spirituality in a way that doesn’t come easy with sitting in a pew or reading a passage.

“The spiritual side of it for me is being able to be aware of the challenge, but have no mind during the practice,” he said. “Not thinking at all. Which is a challenge when you are in pain. I think the spiritual side is surrendering to the fact that it is what it is. I am where I am. This is painful, and I’m OK with it.”

Studios along the Front Range vary in terms of their fidelity to yoga’s spiritual foundation. CorePower, a Denver- based national chain of yoga studios, emphasizes the physical aspects of yoga, with classes that even incorporate weight-training.

On the other end of the yogic spectrum are places like Shoshoni Yoga Retreat, in the mountains near Nederland. There, participants are invited to take part in ceremonies involving dancing, singing, East Indian music, meditation and chanting in a temple adorned with different Hindu gods, such as the elephant Ganesh.

“I see both sides,” said Swami Kripananda, the ashram’s resident swami, or leader. “I think absolutely we should respect the roots of this amazing tradition. But everybody doesn’t have to be a Hindu to practice it.”

Shoshoni is not explicitly Hindu, she said. It incorporates elements of the religion into its approach to spirituality, which she describes as “yogic.”

“We exist to give people a taste of the depths possible” with yoga, she said. “But it doesn’t mean people need to follow a prescription we give them.”

Like Potocnik, Kripananda doesn’t preach. At the same time, her connection to yoga is deeply spiritual. The two become entwined, she said, not through texts, but through practice.

“Even if somebody doesn’t think about it spiritually, if they do it under a good instructor, that will come alive in them,” she said. “Something starts to happen.”

The debate among the yoga cognoscenti has been fervent — one skeptic of the yoga- Hindu connection was recently compared to the Nazi propagandist Joseph Goebbels in a hip East Indian current-affairs magazine.

The rancor has reached New York City yoga teacher Tara Stiles, a former fashion model who has achieved celebrity status in the world of elastic poses and sticky mats. Stiles, the author of “Slim Calm Sexy Yoga,” said she gets ridiculed by other yogis for steering clear of spiritual matters. Last month she participated in a roundtable discussion with scholars and activists about the politics of yoga.

“I don’t feel there is any reason for me to chant at people,” said Stiles. “If they don’t understand, they will just think I’m this weird girl chanting at them.”

She said the politics of yoga has grown “unfortunate,” especially given the ostensibly serene topic. Regardless, she thinks the debate is “just a road bump in the history of yoga, or enlightenment.”

Despite Stiles’ reluctance to incorporate spirituality into her approach to teaching yoga, she finds doing yoga deeply affecting, in a spiritual way.

Just doing the poses “connects people back to themselves, rather than me telling them what to do,” she said. “I think preaching to people has never worked. When you do yoga, you start to become a nice person. Less crotchety.”

Henri Bergson: The Two Sources of Morality and Religion – by A. Audra & C. Brereton, 1932 | »
« The Mystical Core of Organized Religion – by David Steindl-Rast |