February 27 by The Running Son

“I was awfully curious to find out why I didn’t go insane,” remarked Abraham Maslow, one of the founders of humanistic psychology.

He was born and raised in Brooklyn, the eldest of seven children. He was smart but shy, and remembered his childhood as lonely and rather unhappy. Maslow attended City College in New York. His father hoped he would pursue law, but he went to graduate school at the University of Wisconsin to study psychology. While there, he married his cousin Bertha, and found as his chief mentor Professor Harry Harlow. At Wisconsin he pursued an original line of research, investigating primate dominance behavior and sexuality. He went on to further research at Columbia University, continuing similar studies. He found another mentor in Alfred Adler, one of Freud‘s early followers.

From 1937 to 1951, Maslow was on the faculty of Brooklyn College. In New York he found two more mentors, anthropologist Ruth Benedict and Gestalt psychologist Max Wertheimer, whom he admired both professionally and personally. These two were so accomplished in both realms, and such “wonderful human beings” as well, that Maslow began taking notes about them and their behavior. This would be the basis of his lifelong research and thinking about mental health and human potential. He wrote extensively on the subject, borrowing ideas from other psychologists but adding significantly to them, especially the concepts of a heirarchy of needs, metaneeds, self-actualizing persons, and peak experiences. Maslow became the leader of the humanistic school of psychology that emerged in the 1950s and 1960s, which he referred to as the “third force” — beyond Freudian theory and behaviorism. 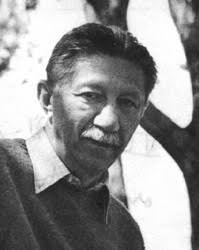 Maslow saw human beings’ needs arranged like a ladder. The most basic needs, at the bottom, were physical — air, water, food, sex. Then came safety needs — security, stability — followed by psychological, or social needs — for belonging, love, acceptance. At the top of it all were the self-actualizing needs — the need to fulfill oneself, to become all that one is capable of becoming. Maslow felt that unfulfilled needs lower on the ladder would inhibit the person from climbing to the next step. Someone dying of thirst quickly forgets their thirst when they have no oxygen, as he pointed out. People who dealt in managing the higher needs were what he called self-actualizing people. Benedict and Wertheimer were Maslow’s models of self-actualization, from which he generalized that, among other characteristics, self-actualizing people tend to focus on problems outside of themselves, have a clear sense of what is true and what is phony, are spontaneous and creative, and are not bound too strictly by social conventions.

Peak experiences are profound moments of love, understanding, happiness, or rapture, when a person feels more whole, alive, self-sufficient and yet a part of the world, more aware of truth, justice, harmony, goodness, and so on. Self-actualizing people have many such peak experiences.

Maslow’s thinking was surprisingly original — most psychology before him had been concerned with the abnormal and the ill. He wanted to know what constituted positive mental health. Humanistic psychology gave rise to several different therapies, all guided by the idea that people possess the inner resources for growth and healing and that the point of therapy is to help remove obstacles to individuals’ achieving this. The most famous of these was client-centered therapy developed by Carl Rogers.

Maslow was a professor at Brandeis University from 1951 to 1969, and then became a resident fellow of the Laughlin Institute in California. He died of a heart attack in 1970. 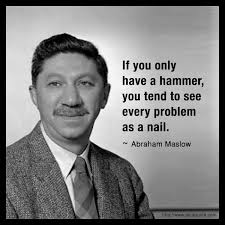 “Human nature is not nearly as bad as it has been thought to be.”