Professor Argues That Shamanism is the Original Neurotheology – by Michael Winkelman |

March 2 by The Running Son 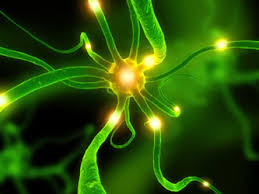 Professor Argues That
Shamanism is the Original Neurotheology

“Neurotheology” is a new concept given widespread exposure in the recent Newsweek article (5/7/2001) God and the Brain How We’re Wired for Spirituality. “While the term neurotheology is new, the basic ideas have been around for thousands of years” says Dr. Michael Winkelman, Department of Anthropology, Arizona State University. “Many cultures have developed technologies for altering consciousness and inducing spiritual experiences.” Winkelman describes shamanism- an ancient healing practice- within the context of neurotheology.

Scholars have recognized shamanism as a special form of religious behavior for more than a century. Winkelman’s earlier cross-cultural research on shamanism (Shamans, Priests and Witches) demonstrated that there were basic similarities in shamans in cultures around the world. The similarities in shamans include the use of trance or ecstasy–altered states of consciousness (ASC)– to interact with the spirits and heal. These spirit world interactions are often referred to as “soul journeys,” flying, out-of-body experiences and astral projection. These abilities are acquired when the initiate shaman undergoes a “death and rebirth experience” and acquires animal allies and spirit powers.

In his new book, Shamanism The Neural Ecology of Consciousness and Healing, Winkelman outlines the neurobiological basis of shamanism–humanity’s original spiritual practices– and explains puzzling aspects of shamanism: its universal presence in the ancient world, as well as its modern resurgence. Similar shamanic practices in diverse parts of the world present a challenge to the rational scientific view that all religion is a delusion. To explain this paradox, Winkelman poses the questions “Why do so these called ‘delusions’ develop in similar ways in distinct cultures? What is the adaptive basis that enabled these practices to survive for millennia?”

“Universals of shamanism are related to basic brain functions” says Dr. Winkelman, who suggests these universals reflect biological principles of the consciousness and the functions of ASC. Shamanism The Neural Ecology of Consciousness and Healing explains basic aspects of brain operation that provide the foundations for shamanic practices and experiences. “The shamans’ experiences and practices have fundamental similarities around the world because they reflect innate brain process and experiences” says Winkelman.

Winkelman’s research findings place shamanism in the context of human evolution and suggest that shamanic practices were a key element of the evolution of modern humans some 40,000 years ago. Shamans helped people acquire information and develop new forms of thinking. Shamanism also provided mechanisms for healing and personal development, building alliances and creating group solidarity.

“Shamanism is not just an ancient practice nor is it limited to simpler societies,” says Winkelman. “The contemporary world has many examples of ‘neoshamanism,’ current adaptations to these ancient principles of spiritual healing and consciousness.”

“The resurgence of shamanism in the modern world is an anomaly and contradiction,” continues Winkelman. “These kinds of practices were suppose to disappear with the development of modern rationality, yet they persist and grow in popularity, especially among the more educated segments of the population.”

The perspectives of neurotheology help explain the persistence and revitalization of shamanism, with current practices reflecting the same principles of brain operation that engendered the original manifestations of shamanism tens of thousands of years ago. Winkelman’s book Shamanism The Neural Ecology of Consciousness and Healing describes these brain systems, their functions, and how they can be elicited to enhance human health.

Alternative healing practices incorporate many shamanic principles and activities. “The rise in popularity of alternative medicine is part of a desire of people to take charge of their own healing” Winkelman points out. “Shamanism was the original self-healing practice, a form of self-empowerment.” Winkelman’s book elaborates on how shamanic practices help people establish contact with their intuitive powers, manifested in visual symbols.

The brain’s serotonin and opioid neurotransmitter systems are stimulated by shamanic practices “Shamanism enhances both one’s health and a sense of well-being because they ‘turn on’ the body’s ‘feel-good’ chemicals” says Winkelman. “Our current reliance upon Prozac and other serotonin-reuptake inhibitors, and our societal problems with drug addiction, are consequences of our loss of these vital healing traditions.”

Winkelman predicts that shamanism will continue to grow in popularity due to its natural basis, and will present papers on these ideas at two seminal conferences this fall. Winkelman has been invited to the “Religious Healing in Urban America” conference in September at the Harvard University Center for the Study of World Religions, where he will speak on the use of shamanism and drumming as important therapies for addressing drug addiction. Winkelman will present a paper on the “shamanic paradigm” and its use in interpreting healing practices as part of a panel on anthropological studies of consciousness that he organized for the American Anthropological Association meetings in Washington, D.C. He will be the Program Chair for the Anthropology of Consciousness Annual Conference in Tucson, April 10-14, 2002, where there will be panels organized on “Alternative Medicine and Substance Abuse Treatment.”

The Neural Ecology of Consciousness and Healing, by Michael Winkelman.

Neurotheology: Your Brain on Religion – Mystic visions or brain circuits at work? Newsweek May 7, 2001 | »
« Death on the Path to Enlightenment: Inside the Rise of India Syndrome – By Scott Carney |