Early Enneagram Accounts pt 1: “What is the ‘Real Work’ of the Enneagram?” – by Ken Ireland |

March 13 by The Running Son 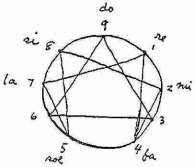 What is the “Real Work” of the Enneagram?

To review my Enneagram bibliography, please follow the link.

“Habemus papam!” , We have a new Pope! – A Quick Mechanics of Electing a new Pope | »
« Maslow on Peak experiences in Childhood: an Explanatory Study – by Edward Hoffman Ph.D, Journal of Humanistic Psychology, Winter 1998 |

One thought on “Early Enneagram Accounts pt 1: “What is the ‘Real Work’ of the Enneagram?” – by Ken Ireland |”